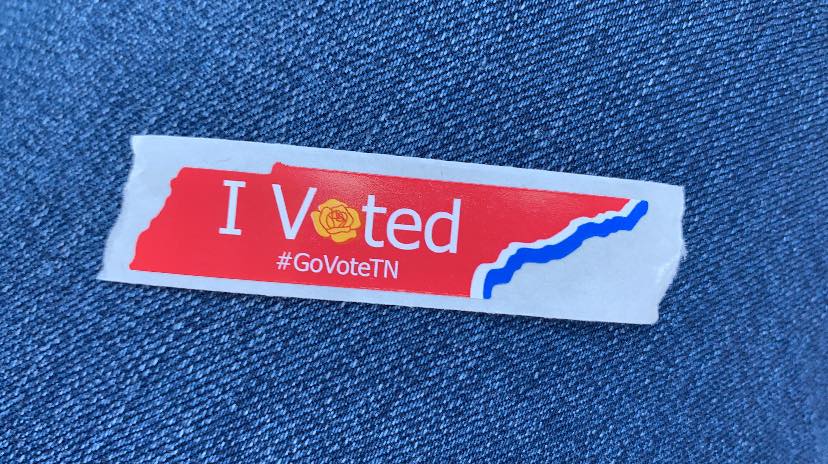 18 Oct Pastor’s Perspective on the Election

Marv Knox was an editor for a Baptist paper for years, and recently he penned an article that appeared in The Dallas Morning News entitled, “Yes, You Can Be a Person of Faith and Vote that Way” He mentioned that his mother had always told him never to reveal how old you are and also never talk about who you vote for. He explained the consequences of doing the latter.

Knox told a story about being a Sunday School teacher and building confidence and freedom among their small group. He writes, “We trusted each other, and we had discussed every religious, moral and ethical topic we could imagine. That day, I acknowledged, “By now, you’ve probably figured out I typically vote for _______ candidates” and filled in the blank. Most class members laughed, because they already had figured out what I told them. Later, a young wife and mother called to say another member quit our class. When I asked why, she told me,  ‘You can’t be a Christian and vote that way.’” He responded that he actually voted the way he did precisely because of his faith in Christ.

This will be my first presidential election in this pastorate. It isn’t my first presidential election, of course, but every four years brings about a unique set of challenges as it relates to how people are going to get along during an election cycle. The COVID pandemic hasn’t made getting to know our people that much easier. Now that I’m in a new place, the same kind of concerns are coming to the surface.

I’ve been trying to figure this out for 25 years. It doesn’t seem to get any easier.

To be honest, I’m actually pretty grateful to be in a church who creates space for people who don’t agree all the time. It’s important to have a congregation who welcomes people of differing opinions and provides a spiritual home for them. I admit that this is an aspirational goal, one that I continue to hope, pray, and work towards as pastor of our people.

However, I would also have to be honest to say that the experience Marv documented is one I’ve had on more than one occasion. The refrain, “you can’t be a Christian and vote that way” isn’t that far from being verbalized when political matters are concerned. It’s actually surprising for some folks to realize that you can be a follower of Jesus Christ but not necessarily vote for the same candidates. Each of us tends to view his or her decisions through a particular theological and political lens, with faith contributing to thinking and behavior. When someone else doesn’t come to the same conclusions or vote the way we do, it can create angst in the fellowship.

As we approach an election in a few days, I’m aware that millions of Americans have already voted. Voting is not only a privilege but a right. When I think of the privilege of voting, it reminds me of those who have suffered, bled, and died in the service of this country. There are countless thousands who have given what Lincoln called, “the last full measure of devotion” for their country. There are places where voting isn’t done and dictators rule the land. For this reason, it is accurate to call voting a privilege.

However, we must also understand that the privilege to vote has been understood in other ways. When our nation was coming into being, not every one was able to cast a vote. Only persons with wealth and land were able to do so. It wasn’t until the last hundred years that women were given the right to vote; persons of color were granted this ability more recently than this. Privilege, from this standpoint, is not what our country should be about. We are moving forward in becoming “a more perfect union.” There’s a long way to go, but we’ve got to ensure that everyone who is entitled to vote should be able to do so.

For this reason, we must also recognize that voting is a RIGHT. Each American citizen has a right to vote. Yes, it is a privilege but voting isn’t reserved for those who can afford it or have achieved a certain economic or social status. Voting should be made available for all citizens–this is not a partisan issue, it’s an American issue.

There are millions of mail-in ballots being cast this year due to the COVID-19 virus, so we might not know the outcome of the presidential election when Tuesday night is over. If so, it won’t be the first time in our nation’s history that this would be the case. This doesn’t necessarily mean something clandestine is going on or that the results won’t be legitimate. It does mean that we need to be patient, keep breathing, and allow all the votes to be counted. Let democracy have its moment. This is America and we are good at this!

I’m praying not only for the outcome of the election but also how the church responds after its over. We are still God’s people, and have been through numerous presidential elections already. Regardless of who you vote for, make sure that you vote. It’s a privilege and right that each one of us should exercise.

“Jesus Christ is the same yesterday, today, and forever” (Hebrews 13.8). May this truth give us peace of mind as we move ahead through the remainder of this year. And, when this election is over, let’s do our best to come together and show what genuine community is all about–DC